What is Autism Spectrum Disorder (ASD)?

Autism Spectrum Disorder (ASD) is a neurodevelopmental disorder characterized by intellectual, social, & behavior deficits.  According to the Diagnostic and Statistical Manual of Mental Disorders Fifth Edition (DSM-5) Autistic Spectrum Disorder 299.00 (F84.0) notes Asperger’s disorder, pervasive development disorder not otherwise specified (PDD-NOS) and autistic disorder will be given the diagnosis of autism spectrum disorder. Individuals on the autism spectrum can have a range of varying symptoms. Key symptoms include speech impairments, stereotypical and repetitive behaviors, and social communication challenges.  The severity of symptoms is based on the 3 levels for autism spectrum disorder.

The DSM-5 describes Levels 1 thru 3 as follows:

Autism can be detected at 18 months or younger and a diagnosis has been administered as early as age 2. Most children who have autism are diagnosed between the ages of 3 and 4.

Doctors screen and assess a child by development and behavior. A Comprehensive Diagnostic Evaluation and Developmental Screening Assessment are performed for an ASD diagnosis. Evaluations are done by Child Neurologists, Child Psychologists and Psychiatrists, as well as Developmental Pediatricians who are trained in developmental delays and special needs.

Current statistics according to the Centers for Disease Control (CDC) confirmed that 1 in 54 children have been given a diagnosis of autism. Over 15 years ago the prevalence for autism was 1 in 150 children.  Autism awareness as well as diagnostic screening procedures has had an impact on the current prevalence.

ABA therapy targets specific behaviors by reinforcing or rewarding certain behaviors while discouraging others. An IEP is an educational plan combining special education and resource class time. There are many different intervention strategies available for a wide variety of symptoms and learning challenges. Knowing and understanding your child’s strengths, weaknesses, and limitations is the first step.

How Can We Help

At Monterey Therapy Center and Consulting Service we take time to get to know you and your family.  We understand the day to day difficulties and offer simple solutions to common problems.  Our consulting approach looks at environmental variables, ASD characteristics, patterns of behavior, and the family unit.  Methods include: consultation, questionnaire, observation and coaching.  We work together as a team to find the best solution for your concern.

We offer professional and confidential sessions either in person, school setting or phone consultation.  Consulting sessions may include circumstances related to parenting, learning, ASD symptoms, behavior, play, or day to day living skills.  At times talking or being heard brings clarity and hope for the future. I’m available and no problem is too large or small.   The latest statistics from the Centers for Disease Control and Prevention (CDC) is 1 in 59 children are being identified with ASD.  The report and data can be found on the CDC.gov website compiled by the CDC’s Autism and Developmental Disabilities Monitoring (ADDM) Network.  The children studied are among all ethnic, racial, and socio economic status (SES) groups. Autism does not discriminate.

As a parent myself, I have been in your shoes. At 18 months old my son stopped babbling, looking at people, and regressed considerably.  He was no longer meeting his milestones. It was very clear to me that something had changed. We were diagnosed early. According to the Diagnostic Statistical Manual of Mental Disorders Fifth Edition (DSM-5) we met all the criteria for autism spectrum disorder. One thing I know for sure; there is a window in time where early intervention strategies have the possibility for great success.  Having support and learning strategies in place families are better equipped of giving their child a significant boost in learning, play, and socializing. The best action plan now will reap rewards later.

Monterey Therapy Center consulting and services are for anyone who wants to know more about how to help a loved one, family member, neighbor, or student on the autism spectrum. All questions and concerns are important. Each case is unique and all ages are welcome.

SOME QUESTIONS MAY INCLUDE: 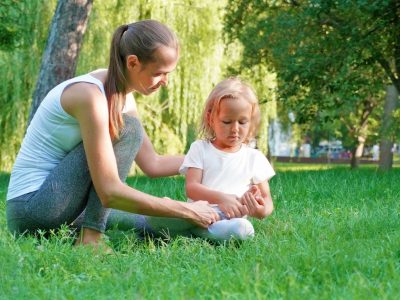 Some of those persistent deficits include:

Where We Are Now

My son is now 20; driving, shaving, dating, working part-time, a full-time college student and competes in USTA tennis tournaments. This summer he passed with an A in Trigonometry.  Our story is unique in that he has grown out of autism and has learned to suppress his characteristics. Through his journey and his consent, we offer insights, lessons, triumphs, setbacks, and how we made it to where we are today. Both he and I are in the process of writing a book together to help other families who are dealing with autism.  We have practical solutions, tips, stories, and successes to teach and share with families dealing with autism.  Our hope is to inspire, motivate, and teach children and families living with autism spectrum disorder.

When first diagnosed it is important to seek guidance either through your local school system, resource center, pediatrician, or another parent who has been in your shoes. If you are unsure where to go or what to do, please call. There are many resources available depending on your situation. Some parents are in denial and hope their child’s symptoms will change overtime, yet most parents seek assistance.  The best time for intervention is the earlier the better.  Parents, grandparents, guardians, or even teachers who want advice are welcome for consultation services.  Services and consultation for day to day living skills, learning and behavior, chores, play dates, discipline, or any other category not listed are welcome.

Many parents have questions. How can I reach and communicate with my child? Why does my child do the opposite of what I ask? My child is acting out and becoming hard to handle what should I do?  When my child rocks back and forth I don’t know what this means? My child plays with objects for hours what can I do? Will my child be able to make friends? How can I help my son or daughter with homework?